The only real chalk event this year! The Pandemic had shut down every other event, but Chalk the Block (the premiere chalk event of the area) was still on! I was so excited, but yet nervous, since I hadn't done any events all year.
I requested and was given an upright square this year. I was told to bring a ladder and was so glad that I did, but I was also glad that I had a small step stool to sit on for the lower areas, instead of kneeling on the ground.
I arrived about 10 am and got started. My plan was to do something interactive either angel or butterfly wings. The day before the event I spent some time doing several different sketches of both angel wings and butterfly wings. I had pretty much decided to do angel wings. When I arrived I discovered that the artist the other side of the block was doing wings too. So I had to quickly rethink my idea and decided to use a design that I did with butterfly wings and hearts.
As I began to work, I quickly discovered that the surface of the upright square was was much different than the pavement that I was used to. In some ways better and in some ways worse. It was just like working on a chalkboard. My smaller chalks seemed to work best and I quickly learned that I had to give up on the bigger chalks and just use the smaller chalks. I also discovered that I didn't need some many layers with this surface, which saved some time.
I started about 10 am and finished about 3pm with a break for lunch. My husband and son were biking during the event and joined my at the end. 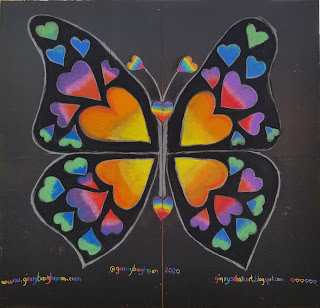 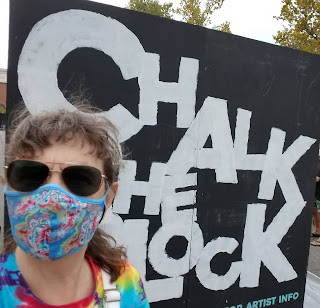 So excited to be here! 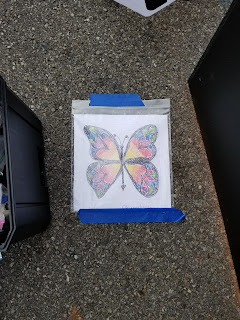 My design after I discovered that my neighbor was doing wings too! 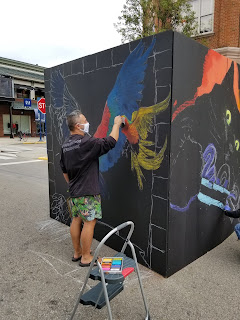 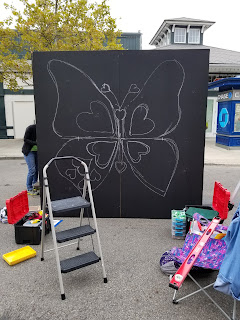 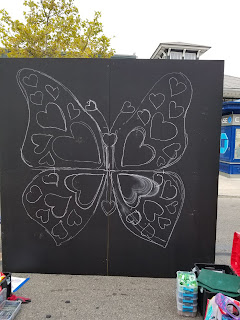 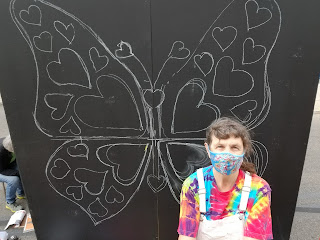 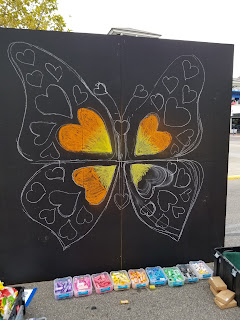 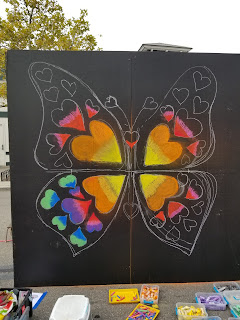 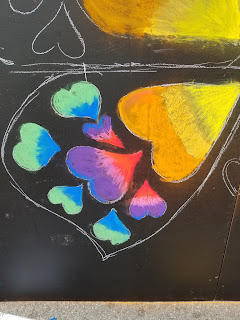 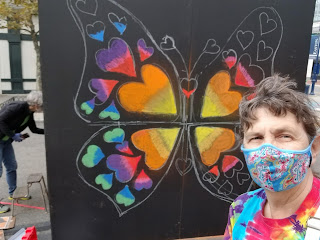 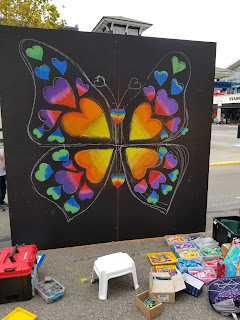 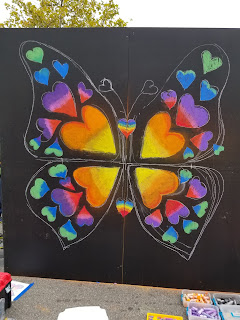 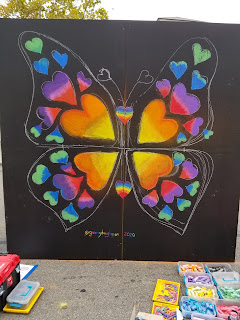 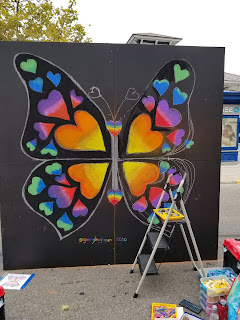 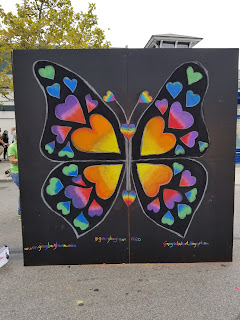 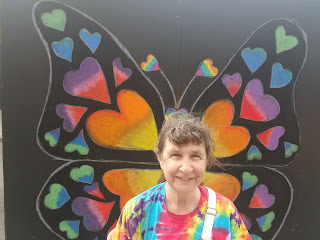 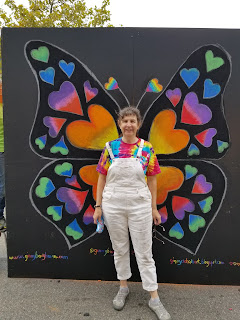 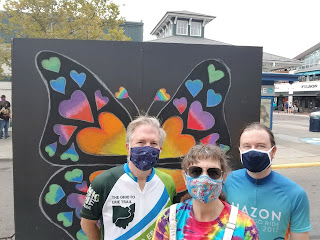 My husband Doug and son Aaron joined me after their biking when I was finished. 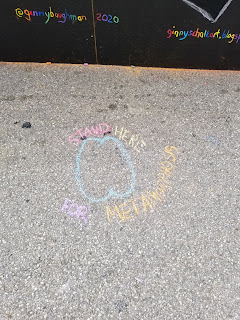 Aaron made the suggestion that I should place foot prints where someone was to stand. Great suggestion! 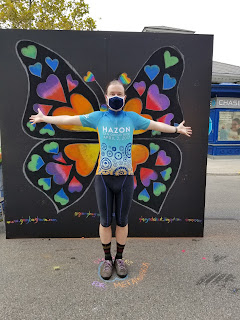 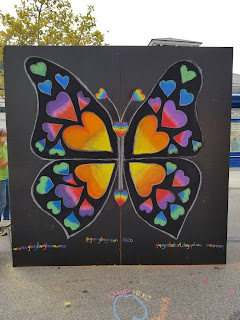 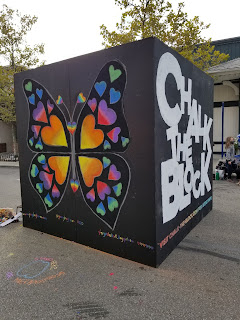